During the next five years, $48 billion will be spent deploying roughly 10,000 next-generation communication satellites in Low/Medium Earth Orbit, which will connect to over 15 million remote locations around the globe. In contrast to today, where most satellite communications are one-way broadcasts, these new networks offer improved latency allowing a wide-ranging set of innovative two way communication solutions.

At the same time, the explosion of content remotely generated by a variety of currently accessible devices and those becoming accessible via satellite networks and 5G connectivity, will produce over 175 Zettabytes annually by 2025, stressing the current cloud infrastructure. As a result, clouds will need to become more distributed, necessitating significant computing capability and intelligence at the edge, effectively creating different and unique opportunities for the “last mile”.

NewSpace Networks was formed to transform the aerospace industry by building, acquiring and investing in solutions to specifically address the needs created by the combination of the two market dynamics mentioned above. Our solutions will seamlessly extend the cloud and make satellite networks more efficient, while simultaneously reducing user costs and improving satellite operator margins.

The founders of NewSpace Networks bring a unique blend of background that includes decades of operational roles across many disciplines in both large and small companies. We have experience founding, investing in and running start-ups, including involvement on both sides of several mergers and acquisitions, along with deep expertise in aerospace, cloud computing and networking.  We believe our combined know-how and successful management records give us the necessary insights to execute the mission we have envisioned. 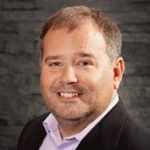 Shaun has more than 25 years of experience in enterprise software, virtualization, computer networking, information security, and satellite technology and has held senior level positions in engineering, sales and marketing.  An experienced entrepreneur and active technology investor, Shaun has founded 4 startups including CloudVolumes, acquired in 2014 by VMware now known as VMware App Volumes, and Reconnex acquired in 2008 by McAfee, which is currently integrated into several McAfee/Intel Security products.

Shaun was most recently co-founder and the first investor for Vector Launch, Inc. and was EVP & General Manager of its GalacticSky software & satellite division. He has held senior management positions at RSA Data Security, VMware, Citrix, Lawrence Livermore & Sandia National Laboratories. Shaun has lead the development of several disruptive technologies including: the first Virtual Desktop (VDI) broker; one of the first SSL-VPN appliances available in the market; one of the first commercially-available data loss prevention (DLP) network monitoring tools; software digital rights management (DRM), and has contributed to Internet standards such as 802.11a Wi-Fi and DOCSIS 1.0, the first telecommunications standard used to provide secure Internet access via a cable modem. 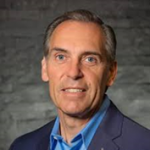 John has over 35 years of experience in managing software development, first at Software Decisions, a company he co-founded at age 24 which developed the implementation standard for lights-out factory automation protocols (acquired by Ungermann-Bass Networks), and then with several other successful start-ups.  These companies covered many different areas of technology including networking, network and systems management, security, compression, virtualization, web and video optimization. He was instrumental in helping these companies achieve significant growth and product execution, leading to four acquisitions: Network Computing Inc., a developer of network and server monitoring products was acquired by Seagate in 1993; Apptitude, Inc., a provider of traffic classification engine technology was acquired by Hifn in 2000; Netli, a SaaS-based dynamic website acceleration provider was acquired by Akamai in 2007; Skyfire, the first to develop a web browser for both computers and smartphones with built-in video and image optimization, was acquired by Opera Software in 2015.

Most recently, he was the VP of Software Engineering for the GalacticSky Division of Vector Launch, Inc.  John holds a Bachelor’s Degree in Computer Science from the University of Michigan.

John has several issued and pending patents for satellite computing. 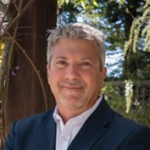 Robert has over 30 years of experience in the space industry as an engineer, program manager, business development executive, and General Manager with Profit & Loss responsibility. He has worked on multiple programs from rovers on Mars, GPS, remote sensing, military and commercial communication satellites, and launch vehicles.

In the mid-1990s, Robert invented innovative satellite-based machine-to-machine technologies in use by several operators.  He is the founder of XTAR, LLC, the worlds’ first satellite services company exclusively offering capacity at X-band, which remains operational. He managed over $2B in business development at Lockheed Martin and later became President of their commercial launch services business unit, growing sales by over 50% and increasing earnings by 35%. He led the Lockheed Martin team that won several satellite programs in the middle east and Asia Pacific, including the first and only contract signed under Shari’ah law.  He also managed all organic and inorganic investments in Lockheed Martin’s space business, including investments such as RocketLab and Tyvak. More recently, he was the Chief Revenue Officer of Vector Launch. He is an investor and advisor to several ”new space” companies, a prolific author with multiple patents, a TED speaker, and has been active with non-profits.